Abstract: Oculocutaneous albinism is an autosomal recessive disease caused by the complete absence or decrease of melanin biosynthesis in melanocytes. Due to the reduction or absence of melanin, albinos are highly susceptible to the harmful effects of ultraviolet radiation and are at increased risk of actinic damage and skin cancer. In Brazil, as in other parts of the world, albinism remains a little known disorder, both in relation to epidemiological data and to phenotypic and genotypic variation. In several regions of the country, individuals with albinism have no access to resources or specialized medical care, and are often neglected and deprived of social inclusion. Brazil is a tropical country, with a high incidence of solar radiation during the year nationwide. Consequently, actinic damage and skin cancer occur early and have a high incidence in this population, often leading to premature death. Skin monitoring ofthese patients and immediate therapeutic interventions have a positive impact in reducing the morbidity and mortality associated with this condition. Health education is important to inform albinos and their families, the general population, educators, medical professionals, and public agencies
about the particularities of this genetic condition. The aim of this article is to present a review of the epidemiological, clinical, genetic, and psychosocial characteristics of albinism, with a focus in skin changes caused by this rare pigmentation disorder.

HPS11 and OCA8: Two new types of albinism associated with mutations in BLOC1S5 and DCT genes 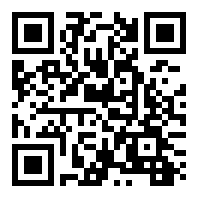