ABSTRACT
Oculocutaneous albinism (OCA) is a rare and heterogeneous disorder characterized by hypopigmentation of the skin, hair and eyes. Thirty OCA type 6 (OCA6) patients with 24 mutations in SLC24A5 have been reported across various populations; however, only one patient has been identified in a Chinese population. This study identifies two novel SLC24A5 frame-shift variants in two unrelated Chinese patients and both are predicted to be pathogenic by American College of Medical Genetics guidelines. The genotypes and phenotypes of all three Chinese OCA6 patients are unique compared with those identified in other populations. All of the mutations identified to date in Chinese OCA6 patients are predicted to be non-functional, a finding that is useful in guiding genetic diagnosis and counseling for OCA6 in China.
Key words: oculocutaneous albinism type 6, SLC24A5, genotyping, mutation, next-generation sequencing.

HPS11 and OCA8: Two new types of albinism associated with mutations in BLOC1S5 and DCT genes 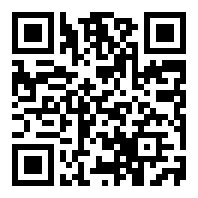